As one of the world's leading animation countries, in Japan, the popularity of animation can penetrate into all walks of life, even the world's top sports events such as the Olympics. The ball used in the Tokyo Olympics football game, which was exposed not long ago, was designed with "Captain Tsubasa" as the core. 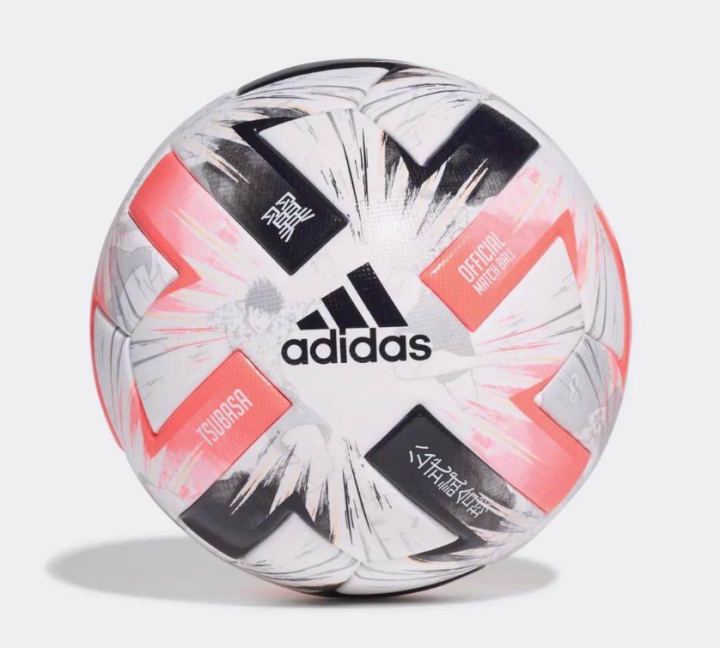 As the pioneer of football cartoons, "Captain Tsubasa" has a global influence. Perhaps only "Slam Dunk" and "Baseball Hero" can compete with one of the similar sports cartoons. 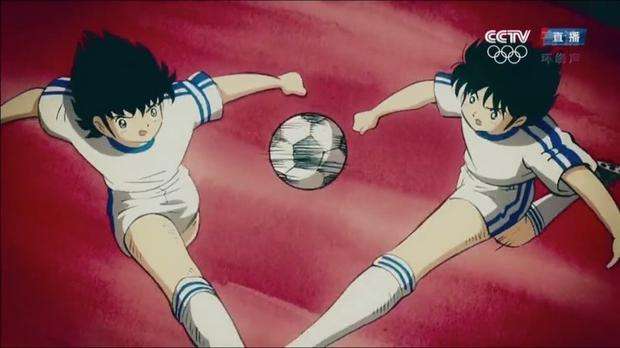 Taking into account the status of baseball in Japan's national football, "Captain Tsubasa" and "Slam Dunk" can break the siege in many baseball comics. What is the magic power to become a legend? 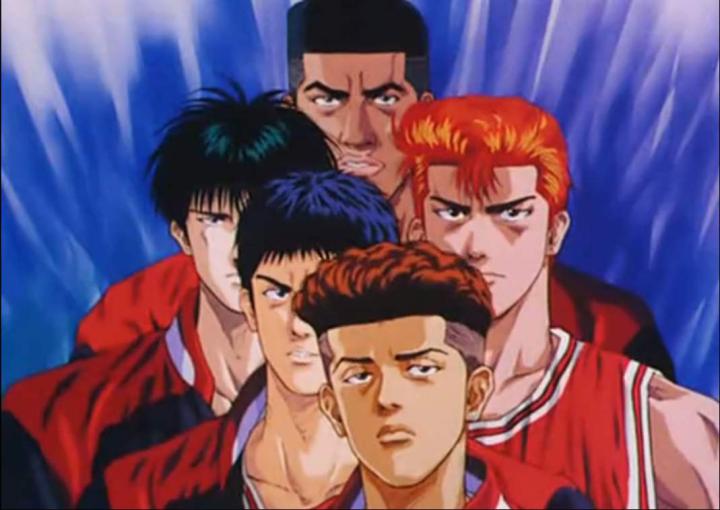 Before talking specifically about "Captain Tsubasa" and "Slam Dunk", let's take a look at the history of Japanese sports manga.

After World War II, all aspects of Japan's development were restricted by the United States. In 1946, a constitution issued by the US military against Japan clearly stipulated: "Japanese citizens will forever renounce wars waged by national power", and the comics industry is also affected by this.

Because the pre-war comics based on Japanese samurai would involve patriotism and militarist ideals; therefore, in order to eradicate related influences, the publication of samurai stories after the war was considered illegal, and sports such as judo, karate, and sumo were also illegal. In fact, it bans all works related to competitive sports.

It wasn't until 1950 that General MacArthur lifted the relevant ban. For a time, various sports-themed juvenile cartoons sprung up, ranging from national baseball and sumo to minority fishing and racing. Among a large number of works, the baseball manga "Star of the Giant", serialized between 1966 and 1971, can be said to be a milestone. 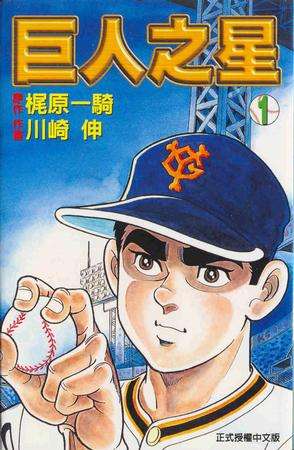 Many of the routines pioneered in this work have become the fixed patterns of Japanese sports comics in the future. The most typical and influential one is "Magic Ball", which is the "nirvana" with a cool name. 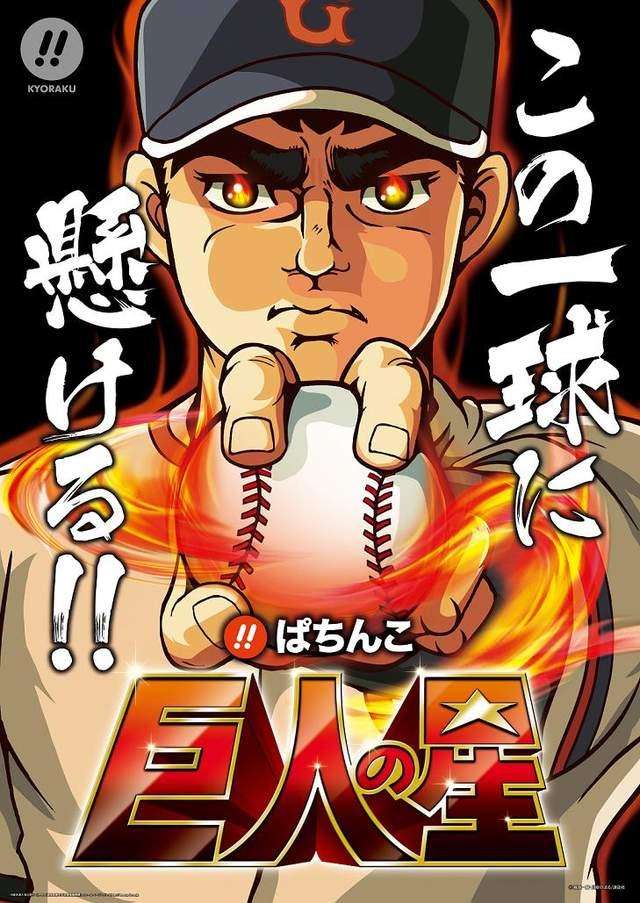 The "Magic Ball" style "Giant Star" became Japan's first sports manga to gain national popularity, but it was not seen by professionals.

Shinji Mizushima, known as the "first man in baseball comics," is the leader of the opposition.

But what is interesting is that although Shinji Mizushima is very opposed to using this method to describe baseball, he himself dare not completely abandon it due to the huge influence and popularity of the "Magic Ball" comic, so he adopts it in his work A compromise method, using the name of a very second nirvana to name the actual technical action. 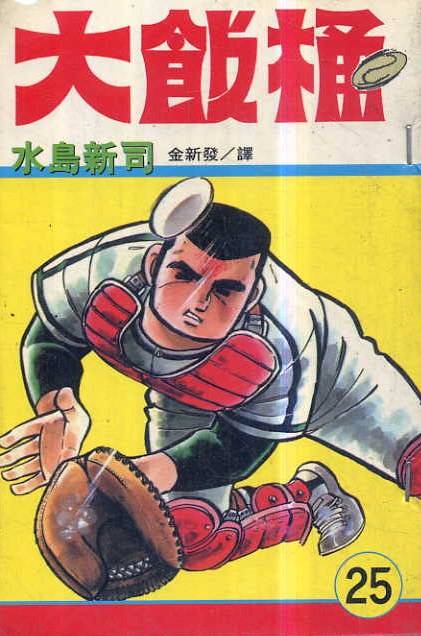 It wasn't until 1981, when "Baseball Heroes" was born, that the market trend of sports comics changed. Readers were pleasantly surprised to find that comics without nirvana can be so good-looking. 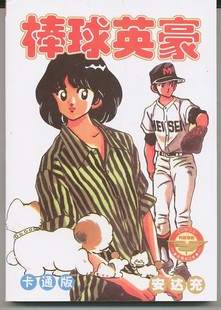 After the serialization ended in 1987, the original book sales exceeded 100 million, and the Japanese sports animation style began to transform to realism. The theme of "Magic Ball" fell into a trough, and there was no sign of recovery until the new century.

The influence of the times on these two comics is obvious. When "Captain Tsubasa" debuted, the "Magic Ball" was still the kingly way. This is why Takahashi Yoichi drew the "Reactional Speedy Gun".

The "Slam Dunk" born in the post "baseball hero" era, its realistic style is not only the director of Inoue Takehiko, but also conforms to the trend. 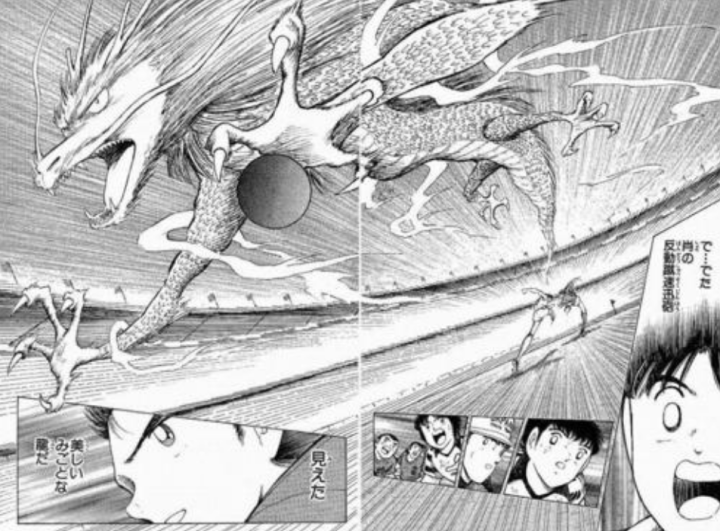 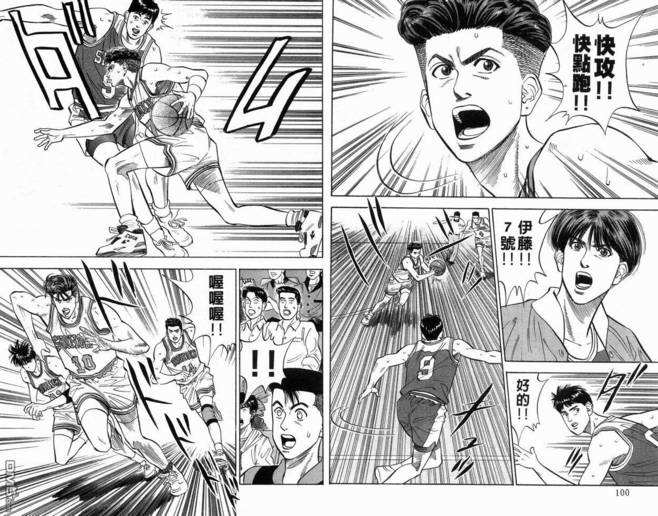 Despite the huge differences, the two comics have found the most suitable style for them, which is also the key to their influence.

When "Captain Tsubasa" was first released, it was difficult to make people expect too much of this work. The 1980s was the cold winter of Japanese football, and the enthusiasm for this non-professional sport was not high throughout the country. 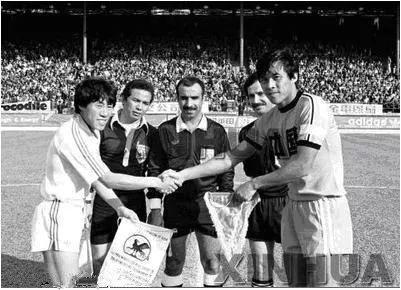 Takahashi chose this subject because he felt that the great gods were all painting baseball, and he couldn't compete as a rookie, so it's better to paint this unpopular sport. However, Takahashi's own foundation is not too hard. He is not good at painting and doesn't understand football that much. He is just a fan. However, the debut of "Captain Tsubasa" happened to hit the starting point of Japanese football's painful experience and low-key cultivation from scratch. Although the J-League is still 10 years after its creation, the second and second magical "Japanese Football Centennial Plan" will have to wait for nearly 20 years, but the preliminary foreshadowing has already begun at this moment. 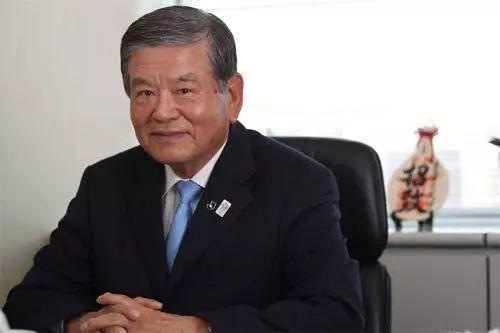 "Football should start from the baby", the development of a large number of young football basic population is the foundation of development, and the story of Dakongyi has made extraordinary achievements at this stage. Although adults may disdain this style, the exaggerated and cool "magic ball" was definitely easier to attract children's audiences than the actual depiction of the ball game. I am addicted to it, and it is not surprising to want to imitate it.

During the serialization period, the number of registered elementary school players in Japan rose from 110,000 to 240,000 (Japanese media call it a "football explosion"). In 2002, 16 of the 23-man squad of the Japanese team stated that they were because of "Captain Football" Just embarked on the road of football, this is the first batch of outstanding people who grew up under the influence of "Captain Tsubasa".

The outstanding performance of these players also makes the story of "Captain Tsubasa" even more legendary. 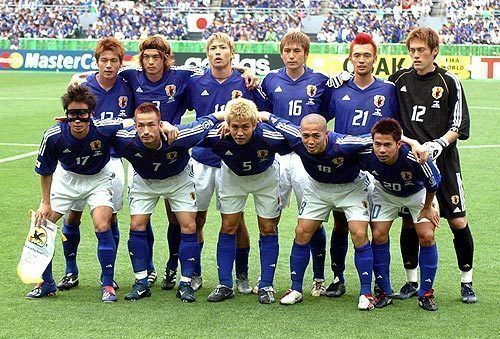 "Captain Tsubasa", with its accurate positioning of its audience, and the lucky birth when Japanese football is about to embark on the right path, successfully drove the football craze and became a great work "influencing the development of Japanese football". 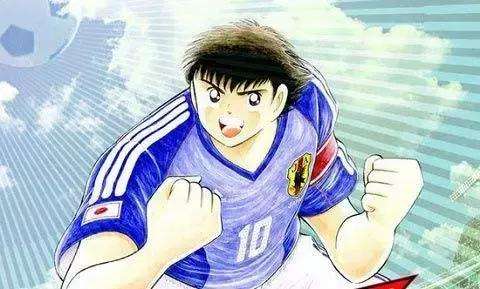 After the animation, the struggle history of Dakongyi can be better disseminated. The stories from elementary school to junior high school that began to air in 1983 have been broadcast in more than 50 countries or regions. For children in European and American countries, this exaggerated way of expression is also very new, and there are not a few who enter the green field. Therefore, the influence of "Captain Football" has been further expanded. 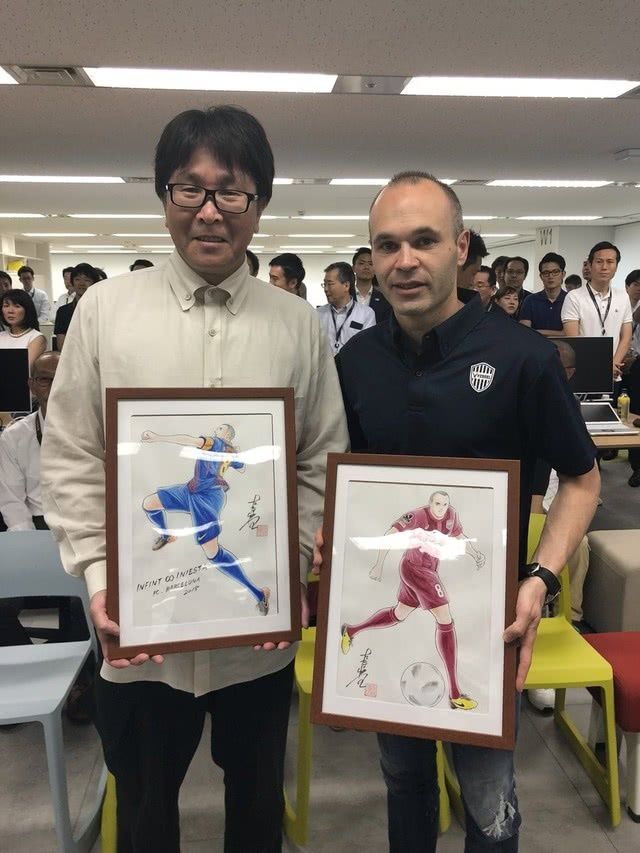 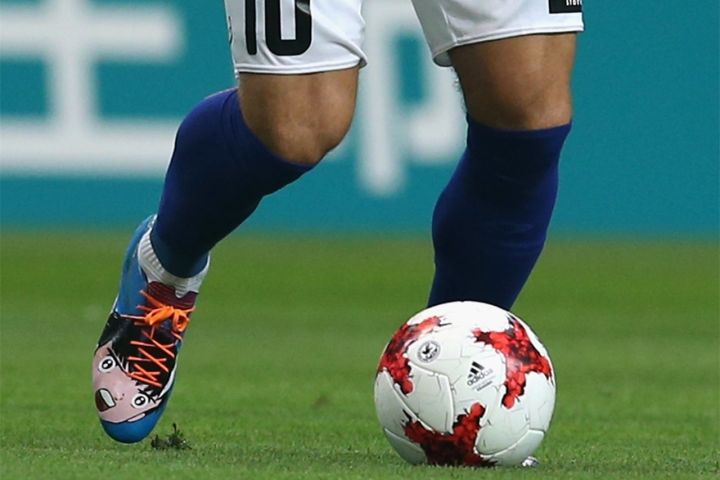 On the other hand, "Slam Dunk", because the audience of this work is middle and high school students, it is naturally difficult to drive a situation similar to the "football explosion". After all, this age is indeed a bit late for the start of competitive sports, so Japanese basketball Did not drive into the fast lane because of Sakuragi. 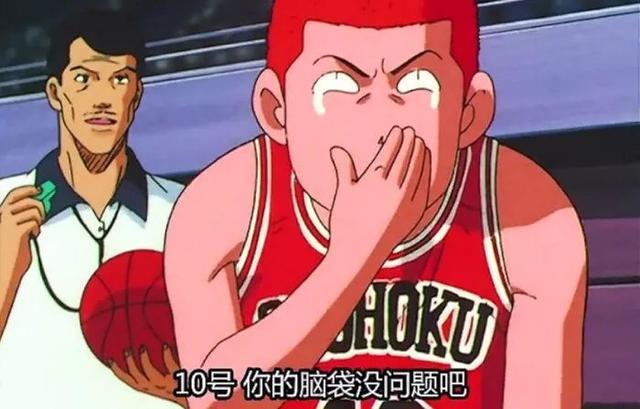 However, different audience groups also provide more feasibility for Inoue's creative ideas. In addition, Inoue's drawing skills and basketball-related knowledge must be more solid. This is a masterpiece of "Slam Dunk". Guarantee. 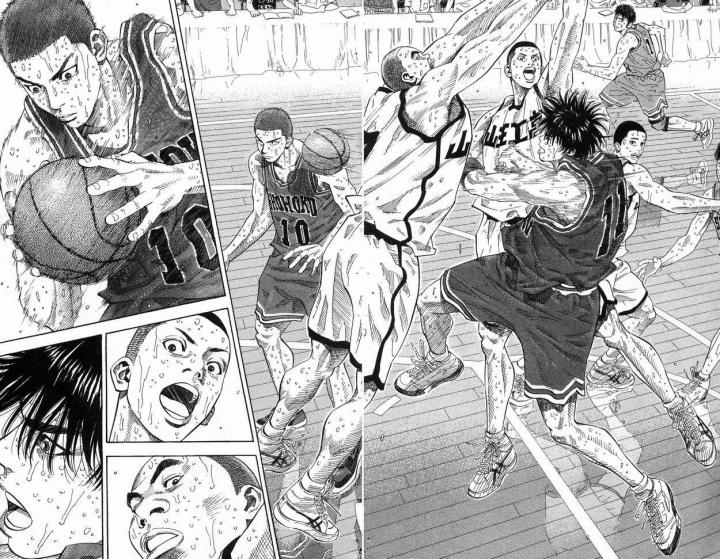 And it is the story itself that made "Slam Dunk" rise from a masterpiece to a masterpiece. The ending of Inoue's arrangement is very simple, and it can even be said that it is not according to the routine. This treatment method avoids the unfinished work of the work and always maintains the highest level.

At the same time, the interpretation of the phrase "you have regrets is called youth", it must be able to resonate countless. 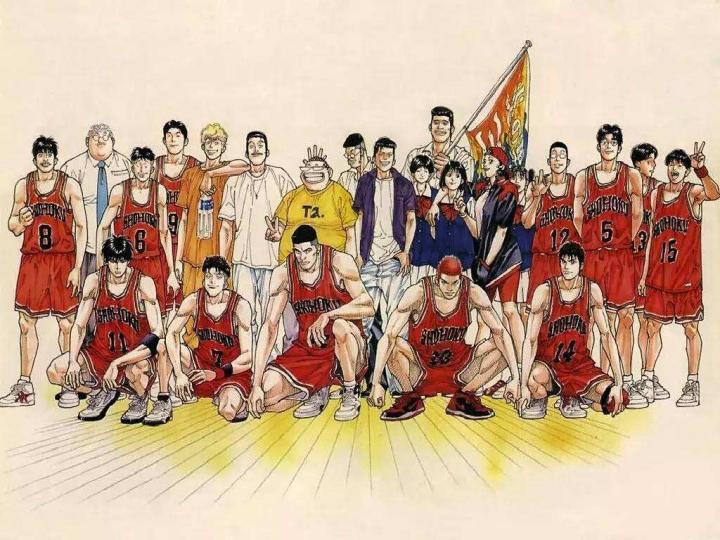 Similarly, the influence of "Slam Dunk" has also been further expanded through animation. Under the condition of basically guaranteeing to follow the original work, coupled with the classic theme song "I want to say I love you loudly" and "Until the end of the world" are so influential that the five tigers in northern Hunan are popular throughout Asia. It makes sense. 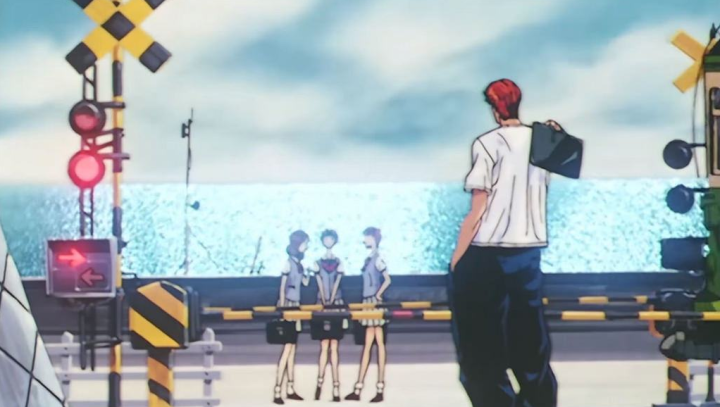 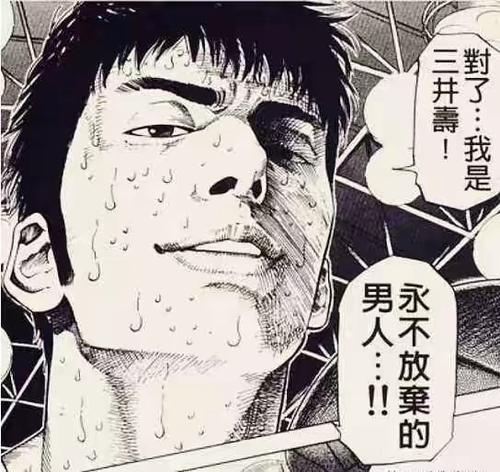 In recent years, the discussion about which of "Captain Tsubasa" and "Slam Dunk" is more influential has not been interrupted, and even caused quite fierce disputes between fans on both sides.

This kind of question that the benevolent sees the benevolent and the wise see the wisdom, there may never be a standard official answer. After all, the two are very different in terms of creative background, intention and audience positioning. Since the directions are different, there is no need to use a unified standard to force the comparison.

Perhaps more worthy of our reflection is that Japan is able to produce such heavyweight sports cartoons, which shows that local sports have been deeply integrated into the cultural structure. After all, art comes from life.

In China, regardless of whether there is a work or not can achieve a certain influence, the creation of related themes is basically very few.

If "Captain Tsubasa" and "Slam Dunk" were born in China where sports culture has not yet become an indispensable part of life, will they be forgotten as ordinary comics?