In an interview with TELMEX, Real Madrid star Casillas talked about his departure from Real Madrid, his differences with Bosque and Mourinho, and his first Champions League trip in Real Madrid. He said: "Everyone makes mistakes. I will also learn from it." 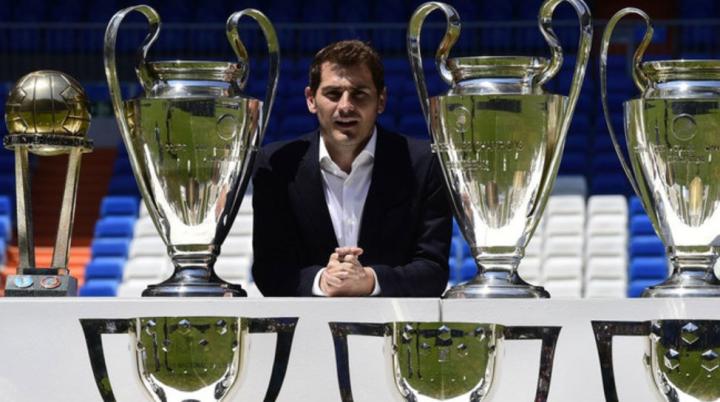 "Every one of us makes mistakes and learns from them. I don’t want to watch those pictures anymore. I think it’s not good for anyone. I believe that one day in the future we can repair those cracks and we can do things that make people happy again. ."

"These two situations are different. One is due to a fair football issue, and the other is more like a personal issue. I have had a good cooperation with Bosque for a year and a half, and the following year There is a disagreement between us. But this is normal for the team coach and captain. This does not mean that you are more important than the head coach. When you and the head coach have conversations every day, some problems will eventually arise, and then the relationship It started to break."

"Mourinho thinks that my teammates and I are not at the same level, and our relationship was not good at the time. So, he easily made a choice between me and another player. There are many things people look at. Not much, but the relationship between me and him is okay. We have met several times and we have some friendly chats."

"There is no bad feeling between us because we all want the team to be good. I decided not to have too much contact with him because I didn't like a lot of things I saw at the time, and then he chose another goalkeeper. ."

"These experiences made me more mature, at the age of 33. You will try not to add contradictions to the club. I will not change this matter, and I think I did nothing wrong."

"Real Madrid is a dream place for any player. Florentino's philosophy is to sign the best player of every era, and this is a great motivation for us. I was very much in that time. I have very fond memories. Although we did not win trophies in the last year of the Galacticos, we still won two European trophies, two La Liga titles and other events from 2000 to 2003."

"Florentino knows how to lead Real Madrid to where it is today and become the most important team in history."

"When I played for Real Madrid’s youth team, even if we won an 8-2 victory, the coach would ask me why there were 2 conceded goals. This would be considered a failure, and in the youth team we would Understand this pressure. It also prepares me to deal with the pressure of becoming a first-team goalkeeper."

"The strange thing about this trip is that I was still in the school classroom. I was still chatting with my roommate and we were talking about Real Madrid because the team's lineup was not that good at the time."

"We were still talking about the latest game. Like all fans, we also have our favorite players. At that time, before the break, the doorman suddenly told my teacher that I needed to leave because they wanted to talk to me."

"I didn't think too much at first, but when I walked 15 meters or 20 meters in the corridor, I became nervous and I felt like I was about to receive bad news."

"I was still criticizing the team, and then suddenly became a member of the team and embarked on the Champions League journey together. I was also with Seedorf, Morientes, Raul, Suker and Carlos. eat."

"Being with this team that helped the club win the seventh Champions League, it feels like visiting Disney."